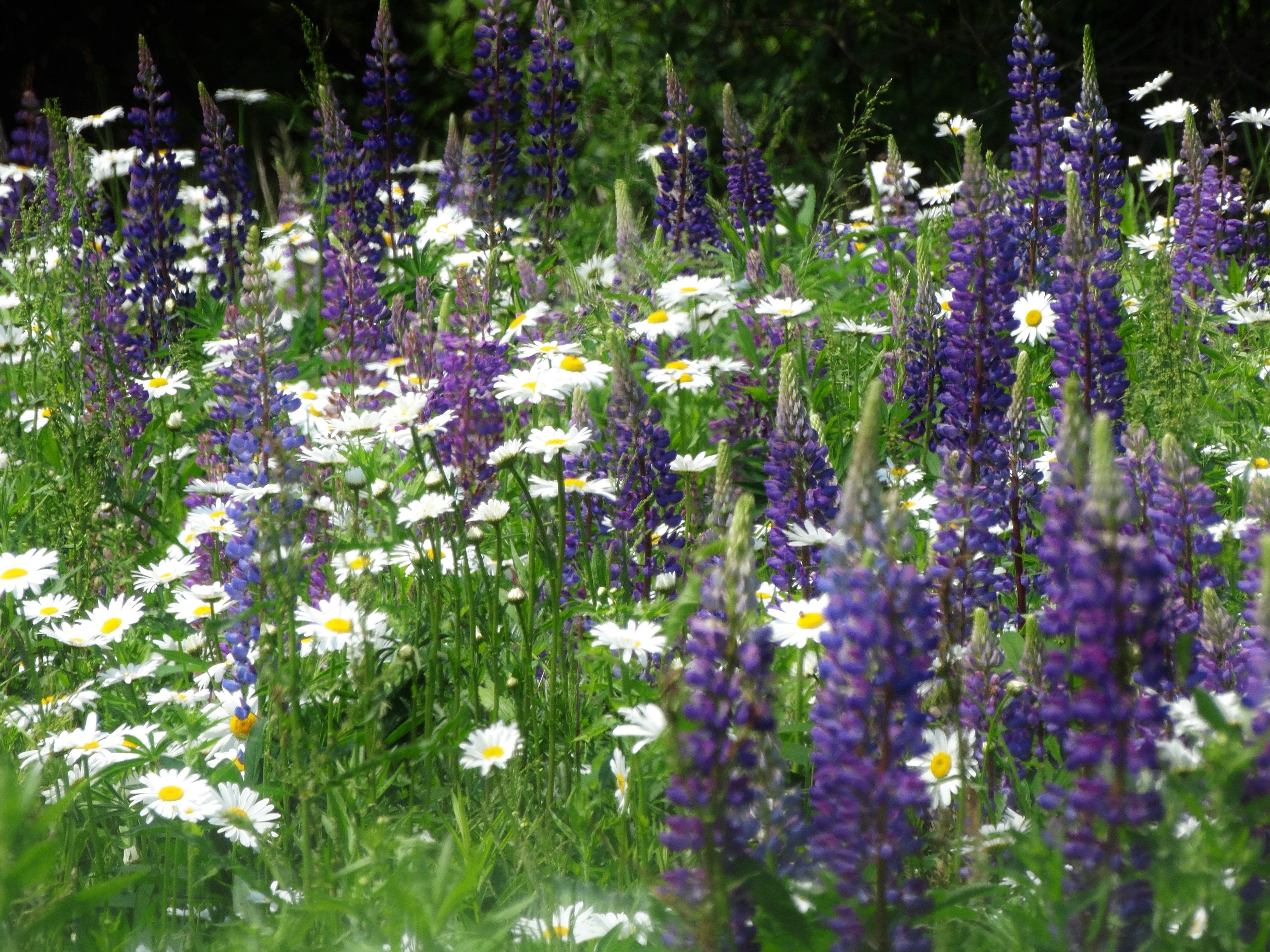 The map titled “Rhode Island Protected Lands: Highlighting areas where pesticide application is limited” shows properties owned by eight different landholders.  Five of these property owners, shown in red, are known to not spray pesticides on their lands. The general management regime that these areas share includes reducing the amount of mowing, increasing the height of the blade when mowing, and promoting native planting. The landowners do use limited spot treatment of herbicides. These properties can all be categorized as ‘pesticide-light’ lands and great habitat for pollinators.

The other three holders, shown on the map in green, are more variable, but still fall into the category of “protected or conserved land”. Some of these lands may receive little to no pesticide application, but others may be leased to farmers, managed by a volunteer group, etc., making the management regimes harder to distinguish. Some of these properties may receive pesticide treatment for only a portion of the year, while others could receive application year-round. Because of the high level of variability in management, these lands cannot be called ‘pesticide-light’ but they do still represent fair pollinator habitat.

This map was created using the Rhode Island Geographic Information System Local Conservation Areas and State Conservation Areas Datasets – both available to the public – combined with original datasets created using information provided by property holders. One limitation of this map is that the datasets were over a year old at the time of use, last updated on 6/17/2018. The datasets have not changed drastically over that time, but there may be some small discrepancies between what is mapped and what is on the ground.

In addition to the date the data was published, another consideration is the type of properties shown on the map. All the properties shown on the map are fee-owned properties; easement-owned lands are not depicted. Fee-owned lands are typically managed by the fee owner, whereas easements can be leased to outside parties who take over the management of the land. We learned that property owners like Land Trusts can only control how their fee-owned properties were managed.

We did our best to not double count parcels that crossed municipal boundaries. Some discrepancies do exist however among smaller properties that may have acreage counted in two towns. As a result, the data table has some inherent accuracy errors as the result of intersection, rounding decimals, outdatedness, etc.  Thus, the totals as they appear in the table represent the number of acres contained in and/or intersecting a given municipality.

Audubon actively works to eliminate the use of all pesticides on its wildlife refuges and all its lands. Broadcast applications of any pesticide or herbicide are strictly banned. However, spot treatments and limited application of insecticides in buildings for treatment of carpenter ants are allowed. On its lands, Audubon uses basic tilling and seeding practices for the planting of native flora. Two great examples of this are the Audubon Nature Center and Aquarium’s expansive pollinator garden at the Claire D. McIntosh Wildlife Refuge in Bristol, RI and the pollinator plots of native wildflowers and grasses at Fisherville Brook Wildlife Refuge in Exeter, RI. Mowing practices on Audubon properties cater specifically to pollinators, and late summer mowing is reduced in order to preserve flowers all season. Audubon also advises its community partners on ways they can manage their lands for wildlife and pollinators. These practices outline Audubon’s management regime, which is followed by several of the other holders shown on the map.

The Nature Conservancy follows the land management practices outlined by Audubon above except they do the majority of their mowing in February and March.

Fields that are managed for pollinators are either mowed or control-burned every 3-5 years from late October through early April. Typically this does not disturb the entire field, but rather leaves some undisturbed refugia for wildlife. Fish & Wildlife Services plants native species and local genotypes to promote insect diversity and continuous blooms throughout the growing season. Herbicides are only used in limited quantities and the lowest concentrations that are still effective, and for situations such as spot treatments of invasive plants (in conjunction with mechanical methods and controlled burns). Whenever possible, USFWS uses selective methods such as cut stump treatment to limit impacts on non-target species. There is no ban on broadcast spraying on F&W properties, but very rarely would they utilize this method and only as an absolute last resort to restore an area completely overrun by invasives.

The Division of Forest Environment commits to not broadcast spray pesticides and herbicides on the properties they manage. They do however, conduct limited spot treat in specific areas, and slash and spray some ailanthus trees that come up during meadow cuts. It should be noted that Forest Environment and Fish and Wildlife are the only two of the RIDEM’s many Divisions whose management regimes are known to be pollinator friendly and thus are the only two shown on the map.

The layer ‘Land Trusts (unsorted)’ is an undistinguished layer consisting of parcels owned by various land trusts, conservancies, and preserve trusts throughout the state consisting of about 8,416 acres. Most land trusts own a combination of fee-owned properties and easements, some of which can be overseen by a group of volunteers and others which can be leased to farmers. Management specifics for individual properties are not known and usually cannot be inferred without knowing the fee owner. The following holders are included in this layer:

Rhode Island College manages their campus of about 180 acres of land in Providence with the safety of their bees in mind. The grounds include an apiary with 5 hives, a vast pollinator garden, a WPRI12 weather station, and the HIVE Education Center that hosts about 500 K-12 kids every year. Since the arrival of the bees, the grass around campus has been cut less frequently and has also been interspersed with clover for the bees. The height of mowing is higher to preserve the clover and bees can be regularly seen in and around it.  No pesticides are sprayed on the grounds with the exception of herbicide spot treatment of poison ivy.  The honey produced at RIC’s apiary is used in the dining hall in a variety of ways, including in a salad dressing that is so popular it sells out instantly. Find out more about what RIC is doing: click here.

FM Global, an American property insurance company based in Johnston, RI, sits on a parcel of ~250+ acres that was once an abandoned apple orchard. Today, a large portion of the property is an overgrown wildflower meadow consisting of all native plantings and a variety of wildlife species. The eight-acre corporate office building which sits on the property is LEED Gold certified by the U.S. Green Building Council and the roughly 77 acres surrounding it are left in a natural state and designated a Certified Audubon Cooperative Sanctuary by Audubon International. Here, the grass grows high, wildflowers bloom throughout the summer, wildlife is abundant, vegetation is left undisturbed, and rainwater is recollected for irrigation. Only organic chemical products are used on the property surrounding FM Global’s Corporate Office and the company has stringent limited-use pesticide thresholds outlined in their IPM. FM Global also has a Research Campus on the RI/CT border in West Glocester and maintains another ~150 acres in a similar manner.