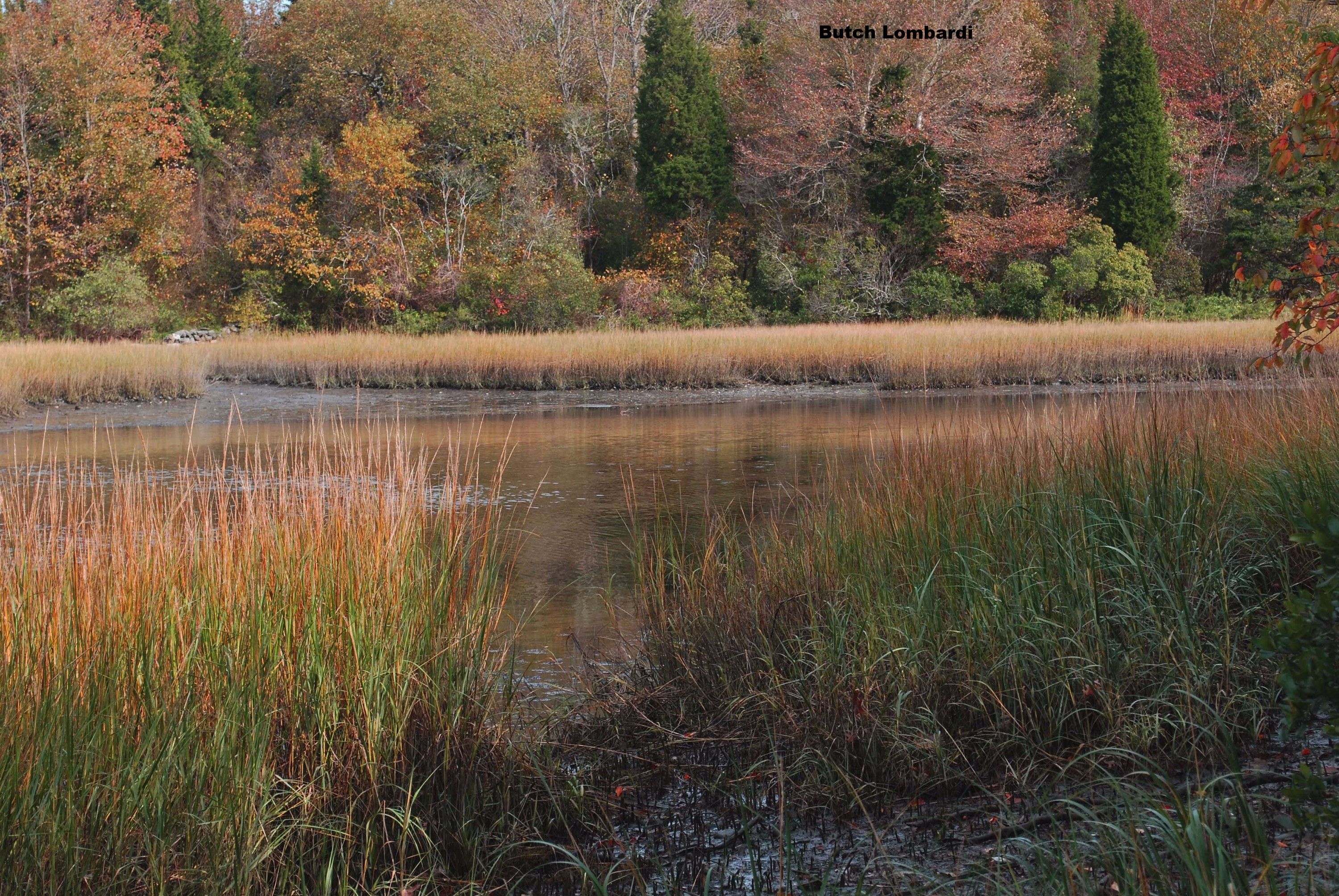 Protection of Habitat and Natural Resources

We add acreage to our refuge system through ownership and conservation easements. Our conservation efforts preserve sensitive habitats for animals and plants, revitalize endangered species, and save precious natural space from development.

Audubon manages and maintains its conserved land through staff and volunteer efforts that guard against invasive species and inappropriate human use. We regularly form partnerships with government agencies and other not-for-profit organizations to ensure the success of conservation efforts. Audubon's conservation strategies are comprehensively visionary and safeguard Rhode Island's diverse and vibrant ecology.

Audubon conservation staff actively engages in a wide variety of ongoing property management on over 9,500 acres of wildlife refuges and protected land across the state.  This includes habitat management, refuge protection, property monitoring and trail maintenance. The conservationists at the Audubon Society of Rhode Island also lead hundreds of public walks and programs each year in addition to other key conservation projects, listed below.

Rare and Endangered Animals and Plants

Birds that nest in grasslands are the fastest declining group of North American birds. Audubon protects native grasslands on our refuges and manages them to enhance these communities, support nesting birds and nurture pollinators.

Audubon also protects coastal habitats throughout the state. Critical salt marsh habitat is threatened floods due to higher tides, coastal storms and sea level rise. Furthermore, runoff from streets and developed areas bring pollutants to these fragile habitats. Salt marsh species, such as the salt marsh sparrow, are increasingly vulnerable. Audubon and its partners are tracking this threatened species in Rhode Island and monitoring salt marsh plants as well.

Audubon refuges also are home to other rare and endangered insects, freshwater mussels, and many species of plants. Some of these species are globally rare.

Bringing back early successional habitats, also known as young forest, increases habitat diversity in maturing landscapes.  Commonly, the perception in Rhode Island is that rabbits are plentiful. However, most sightings throughout New England are eastern cottontails. Many people are surprised to learn a rare rabbit exists in Rhode Island. New England cottontail rabbits historically ranged over most of New England and eastern New York until the 1960s.  Early successional habitats and young forests are the quintessential habitats for these rabbits, a species that thrives in dense vegetation. Ideally, this vegetation provides both cover and food throughout the year.

Though the New England cottontail is the focal species, these young forest restoration projects are beneficial to many animals. The open canopy, felled trunks and crowns and new stem growth of shrubs and forbs benefit a unique subset of the young forest community including American Woodcock, Blue-winged Warbler, eastern hognose snake and Ruffed Grouse. Audubon strives for this multiple species benefit as we provide critical habitat for an extremely rare species.

Ongoing public outreach and education about the New England cottontail and the need for habitat restoration is crucial for these restoration projects largely because introduced eastern cottontails are so abundant regionally and physical distinction is difficult.

With growing environmental threats and dwindling funding, partnerships are key to success in conservation. The Audubon Society of Rhode Island is an active partner in many groups that are working to save our natural heritage and to prepare for impacts of climate change. These include:

Climate Change Vulnerability Assessment Tool for Coastal Habitats – This tool is applying decades of research and expert knowledge to management and coastal conservation strategies. While all coastal habitats are considered, salt marshes are particularly vulnerable and worthy of special attention.

New England Plant Conservation Program – This multi-state collaboration led by the New England Wildflower Society, has been working for decades to slow the decline of our native flora. Audubon refuges protect many of the species on the priority list.

Advocating for Habitat and Natural Resources

Audubon monitors development proposals in cities and towns throughout Rhode Island and advocates for measures that will ensure that habitats and wildlife are protected.

Audubon helped lead the 2016 campaign for the $35 Million Green Economy Bond. This bond passed with over 67% voter approval. Audubon will now work with the RI Department of Environmental Management to ensure that the investments address priority habitats. Audubon will also encourage investments that will make Rhode Island more resilient to the impacts of climate change.

In 2016,  the Rhode Island House of Representatives passed a resolution asking the RI Department of Environmental Management (DEM) to convene a working group to “make findings and recommendations with regard to maintaining, protecting and enhancing pollinator habitat and health in Rhode Island”. The resolution asks the Rhode Island Nursery and Landscape Association (RINLA) and the Audubon Society of Rhode Island to provide administrative and staff support to the working group and asks the group to make recommendations by February 15, 2017.

Pollinators are essential. They are responsible for the reproduction of over 85% of the world’s flowering plants, including more than two-thirds of the world’s crop species. In the U.S., the economic value of native pollinators is estimated at $3 billion per year.  Pollinators are also keystone species in most terrestrial ecosystems. Fruits and seeds derived from insect pollination are a major part of the diet of approximately 25% of all birds, and of mammals ranging from red-backed voles to grizzly bears.

Yet the news on pollinators is relentlessly discouraging.  We hear how pollinators and the essential services they provide are at risk from habitat loss, pesticide use, and introduced diseases. According to the Bee Informed Partnership, beekeepers across the U.S. lost 44 percent of their honey bee colonies during the year from April 2015 – April 2016.  Rates of both winter and summer losses were higher than last year. And just last September, aerial spraying of the pesticide Nalid to control Zika and West Nile carrying mosquitoes, left millions of bees dead in South Carolina.

For many years, the Audubon Society of Rhode Island has focused on this issue, using its suite of programs in conservation, education and advocacy to protect pollinators in Rhode Island.  Pollinator and butterfly gardens are on display at the Smithfield and Bristol offices. Conservation programs for our 9,500 acres of protected lands consider pollinator habitats and health. We do not spray pesticides and the conservation staff schedule field mowing to enhance bird and pollinator populations. Programs on pollinators and how to create and enhance pollinator habitat are regularly included in both public and school programs – often using the pollinator gardens as a teaching tool. Audubon’s stalwart advocate, Eugenia Marks, worked long and hard for laws and regulations that limit pesticide use and protect wildlife species including pollinators.

For the past 14 years, local land trusts, watershed organizations and municipal conservation commissions have gathered at the RI Land & Water Conservation Summit to network and learn about habitat restoration and conservation. Since 2016, Audubon has taken a lead in organizing this conference.

Audubon is also a member of the RI Green Infrastructure Coalition (GIC), advocating for nature based management of stormwater to promote climate resilience. 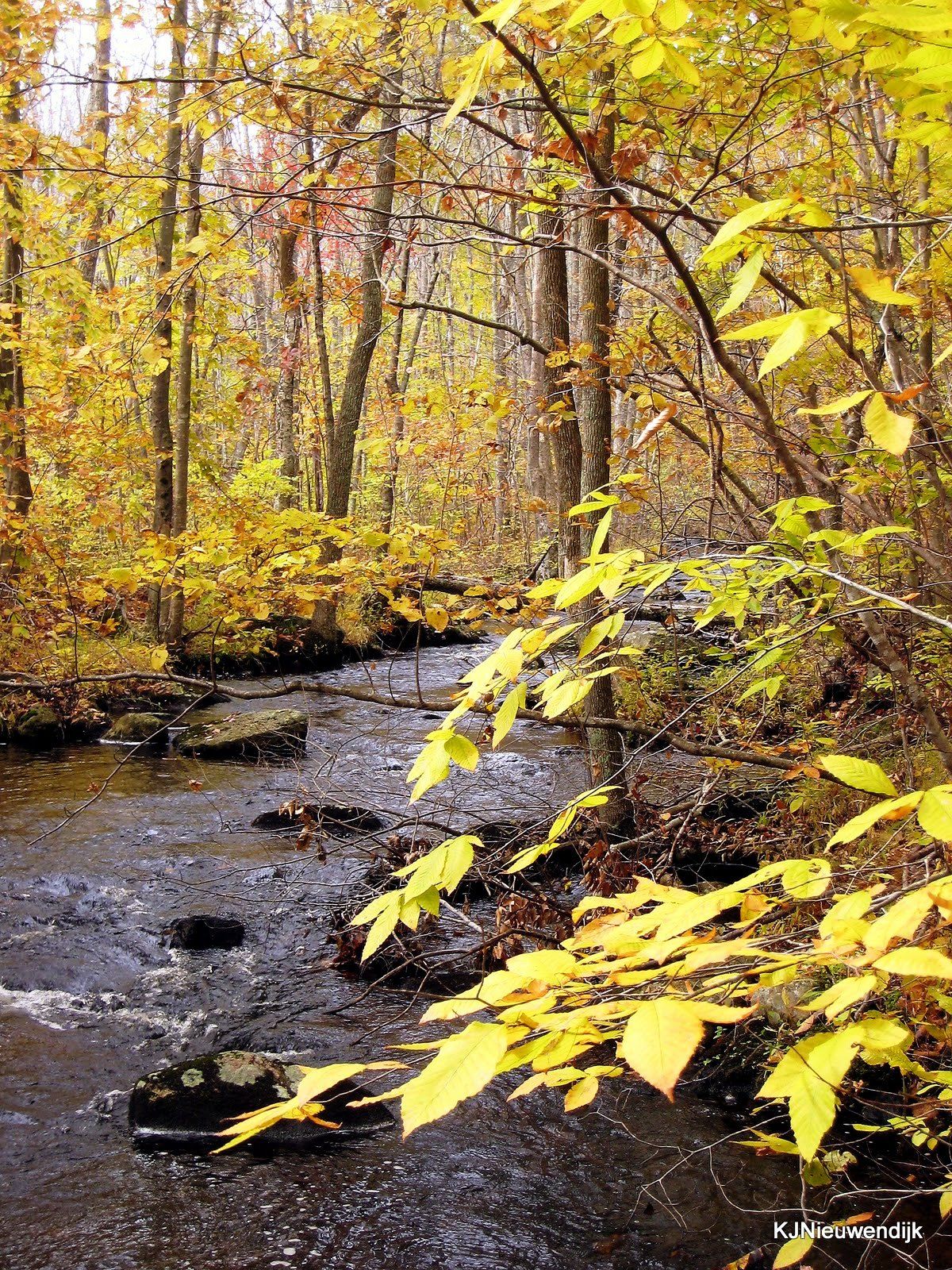