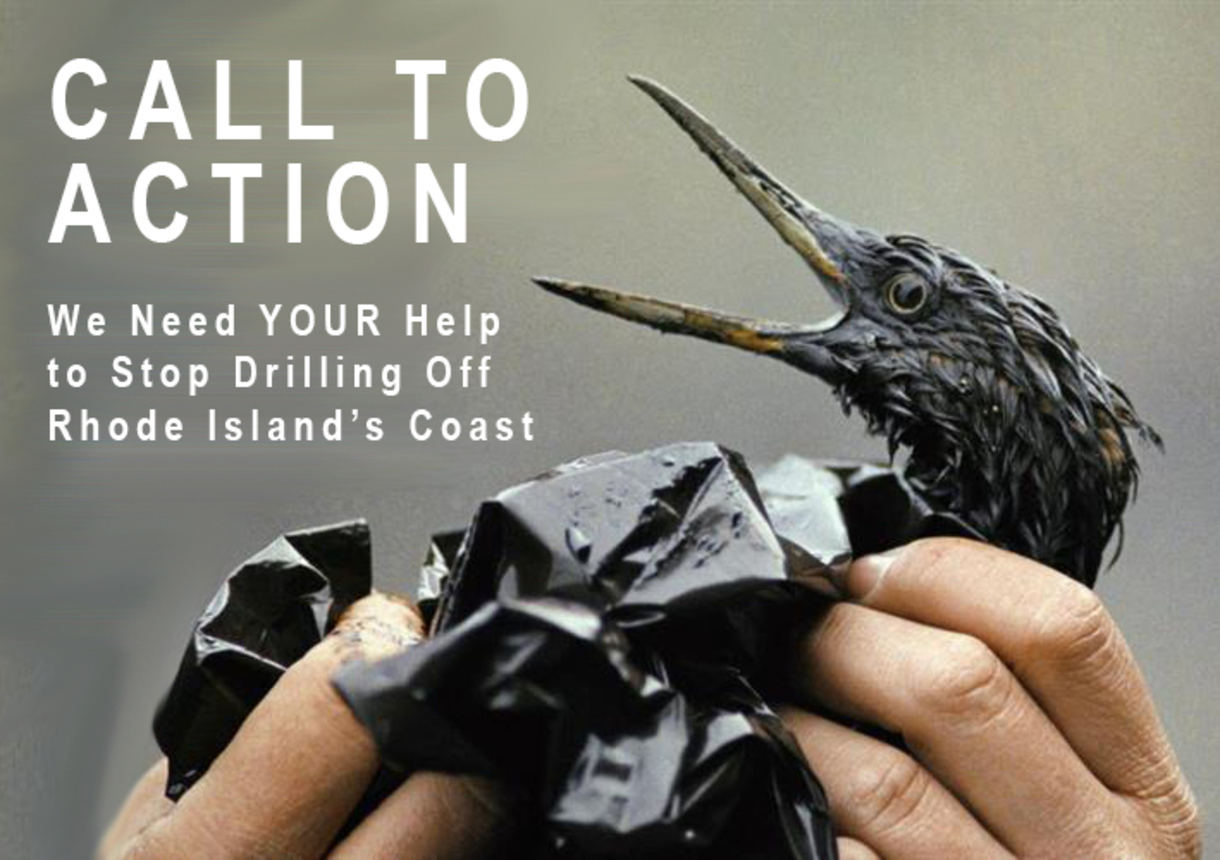 On January 4, 2018, the Department of the Interior announced a proposal that could significantly expand the areas available for offshore oil and gas leases – potentially making over 90 percent of the total offshore acreage controlled by the Federal government available for exploration and development. It also proposes the largest number of lease sales in US history (25 out of 26 planning regions on all coasts).

The Bureau of Ocean Energy Management (BOEM), which is part of the Department of the Interior, must follow an extensive process for evaluating this initial proposal and has scheduled public meetings around the country. BOEM has rescheduled its public event in Providence for Wednesday, February 28, 2018 from 3 to 7 PM at the Providence Marriott, 1 Orms St .

The people of Rhode Island are planning to make our voices heard while they are here with press conferences, rallies, marches, and a huge turnout for the public event. As part of the day’s festivities, Environment Council Rhode Island is hosting a kick-off press conference at the State House in the State Room at 3:15 PM to showcase the broad opposition to this plan. Speakers include Governor Raimondo, Senator Dawn Euer, President of the Rhode Island Commercial Fisherman’s Association Chris Brown and Vice President and Director of Conservation Law Foundation of Rhode Island Amy Moses. If weather permits, we encourage attendees to march from the State House to the Marriott. It is a half mile walk.

Meeting information for other states is also available through their website, here.