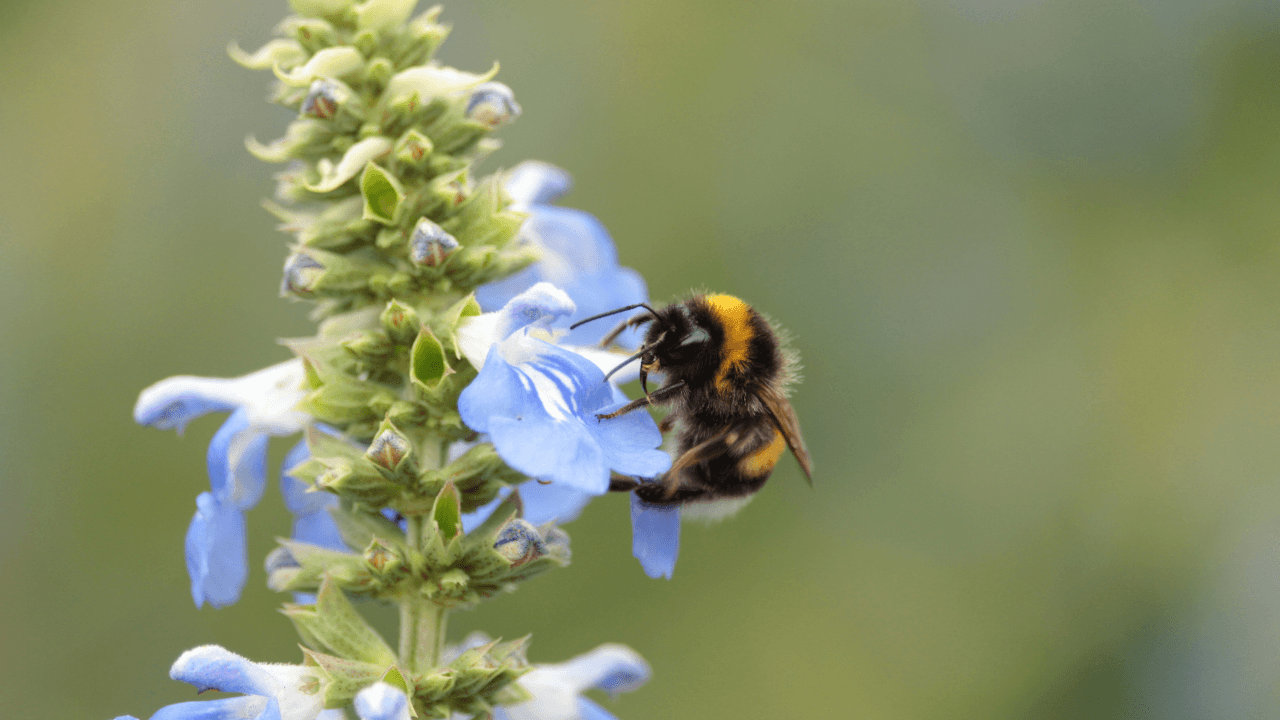 There are approximately 3,500 species of bees found in the U.S. and Canada, with 770 species in eastern North America. There is not an accurate estimate of bee populations in Rhode Island. There were 183 species documented in Rhode Island as of the spring of 2016 through ad hoc surveys. A complete inventory could possibly double that number.

There are many different types of bees from social species like honey bees and bumble bees to solitary species like mason and leafcutter bees. All bees build nests and stock them with a nutritious mixture of pollen, nectar and saliva before laying their eggs. Some species like bumble bees nest in the ground, some nest in cavities or inside of dead twigs. Carpenter bees nest in wood. Honey bees, a species introduced to North America in the 17th century, nest in hives.

Honey bees (Apis mellifera) are social insects that live in colonies consisting of a queen, drones and workers. The queen bee, the largest in the colony, is the only female that lays eggs. The drones are males whose sole purpose is to mate with the queen. The workers are underdeveloped females that functionally run the colony. The jobs of worker bees range from feeding the brood, caring for the queen, building beeswax comb, guarding and ventilating the hive, cleaning and repairing the comb, removing debris from the hive, and foraging for nectar, pollen and water. The worker bees are responsible for pollination. On the workers’ hind legs are structures called pollen baskets that allow them to store the pollen grains. As the worker flies from flower to flower, some pollen grains rub off onto the bee’s body hairs, head and mouthparts which can pollinate the flower. The remaining pollen is taken back to the colony where other workers use it to feed the colony. Honey bee colonies are typically long-lived and are commercially beneficial. They have the ability to pollinate a large number of flowers due to their broad preferences for pollen and nectar. 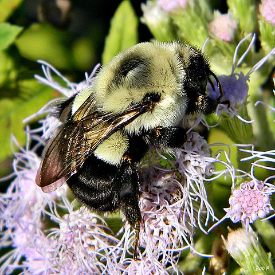 Bumble bees (Bombus spp.) have smaller, seasonal colonies consisting of a queen, workers, and drones. Bumble bee queens are the only bees from the colony to overwinter. The rest of the colony dies. The queen burrows into the ground to hibernate and in spring she emerges to find a new place to start a colony, preferably in a in a safe, dry area. Nests may be built in unoccupied rodent or bird nests. Bumble bees are generalists, meaning they are not particular when finding food sources. They use buzz pollination, which allows bumble bees to collect more pollen grains by vibrating their bodies. This action dislodges pollen grains and transfers them to the bee’s body making it easier for the flower to pollinate.

Other Pollinating Insects: Butterflies and Moths 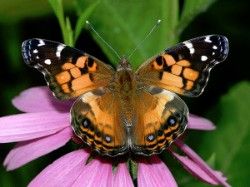 Butterflies and moths are pollinators that are also on the decline.

Butterflies tend to be solitary, but there are a few exceptions such as Monarch butterflies that winter in large groups in Mexico and California. Although butterflies are important to pollination, they are less efficient at transferring pollen than their bee counterparts. With long, thin legs, many butterfly species perch on the top of the flowers sip nectar with their long proboscis. The butterfly is not fully immersed in the flower and fewer pollen grains are transferred. 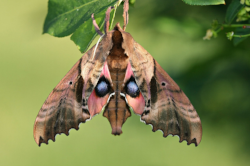 Moths are similar to butterflies but tend to be nocturnal, active from dusk to dawn. This feeding schedule has a great impact on how the moths locate flowers and which flowers they prefer. Moths have a great sense of smell. This is important for nighttime feeding. If the scent does not lead them to the flower then the color of the bloom might. Moths tend to favor flowers that are pale in color, this color discrimination allows the moths to find the flowers that best reflect the moonlight.