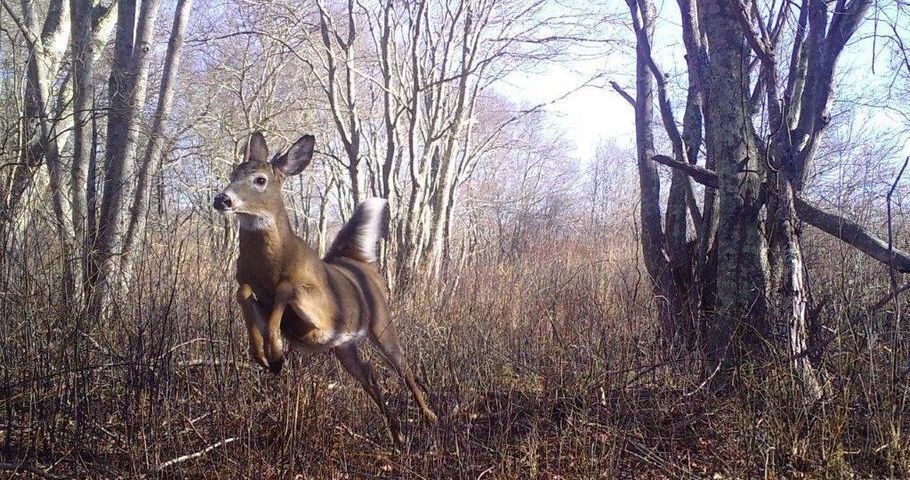 Cameras and Wildlife Monitoring at Audubon

Photography has always been a valuable conservation tool. However, capturing wildlife in action can take hours of field time, expensive equipment, and a bit of luck. Still, the results are well worth the effort. Audubon has been using automatic, weather-resistant cameras (a.k.a. trail cams) for about five years on wildlife refuges. This is a safe and animal-friendly way to see what animals are present, watch their numbers, and observe their behaviors. The beauty of these cameras is they work so well, day and night, in blizzards and muggy summer evenings. Infrared sensors allow us to capture nighttime photos and video.

Once the camera is set up it is best to leave the site alone. The smell of humans is enough to discourage shy species. Thankfully the technology keeps improving and the batteries have a long life. Cameras often go untouched for several months and the seasonal changes are fascinating.

Cameras have replaced live trapping and other sampling methods in some conservation situations. The images help corroborate other animal signs we witness on properties such as tracks, fur, feathers and scat. Our technology stamps photos with a date, time, and temperature and even moon phase.

Currently Audubon has four cameras recording wildlife activities at remote spots in our wildlife refuges. All are placed well away from trails. Public areas with human use tend to have less of the wildlife that we are seeking. 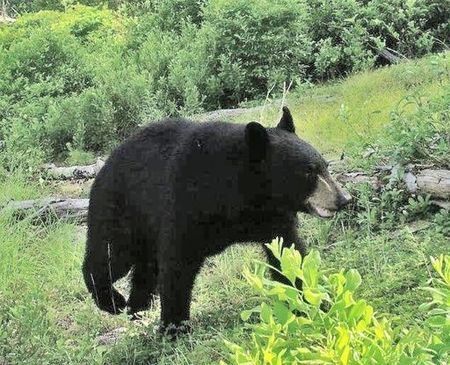 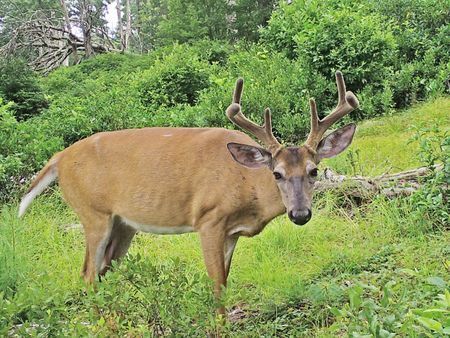 Audubon cameras have told many captivating stories. Some memorable “captures” include a rare bear sighting in Rhode Island, bucks wrestling and a flying squirrel gliding across the scenery. In a very active spot, images revealed a sequence of photos on a log where rabbits and gray squirrels were followed by deer, eventually very curious coyotes, and then a lone bobcat sniffing the animal scents—all on the same log, all in the same night.

Bobcat populations have been increasing in Rhode Island and Audubon received several reports of an animal crossing the road near an Audubon wildlife refuge in the evening. A carefully placed camera confirmed this sighting. These quiet and shy animals would not have been observed in action so quickly were it not for our discrete methods.

Black bears were seen in several locations in South Kingstown, but it took a camera to record a healthy specimen running through Audubon property.

Fisher numbers have also been increasing in Rhode Island and many have been captured through Audubon’s digital images.

Cameras allowed us to assess wildlife activities in a habitat restoration project without sitting for hours in a blind.

Other than Wild Turkeys, it has been trickier to get consistently crisp photos of birds. Fast-moving birds often leave blurry images, but the cameras have captured Great-horned Owls swooping down on prey at night, a Red-tailed Hawk sitting on a branch, Black-capped Chickadees seemingly fighting with the lens, Wood Ducks resting in leaves above a vernal pool and a pair of Pileated Woodpeckers looking for insects at the base of trees.

Interestingly, the images reveal that some animals detect the camera’s sounds and infrared light. Some subjects may even look right at the lens. More than one white-tailed deer has “taken” closeups as they sniff and lick near the camera. Does have been captured on camera bedding down, napping restlessly, and grooming themselves. Other deer ran by in a blur, possibly startled by a pack of coyotes, and bucks grew antlers of all shapes and sizes. The animals appear comfortable and unstressed in front of the cameras.

Automatic cameras are not only a valuable tool in Audubon’s efforts to assess and protect animal populations on our refuges, this technology also provides an amazing glimpse into the often-hidden world of Rhode Island’s wildlife.