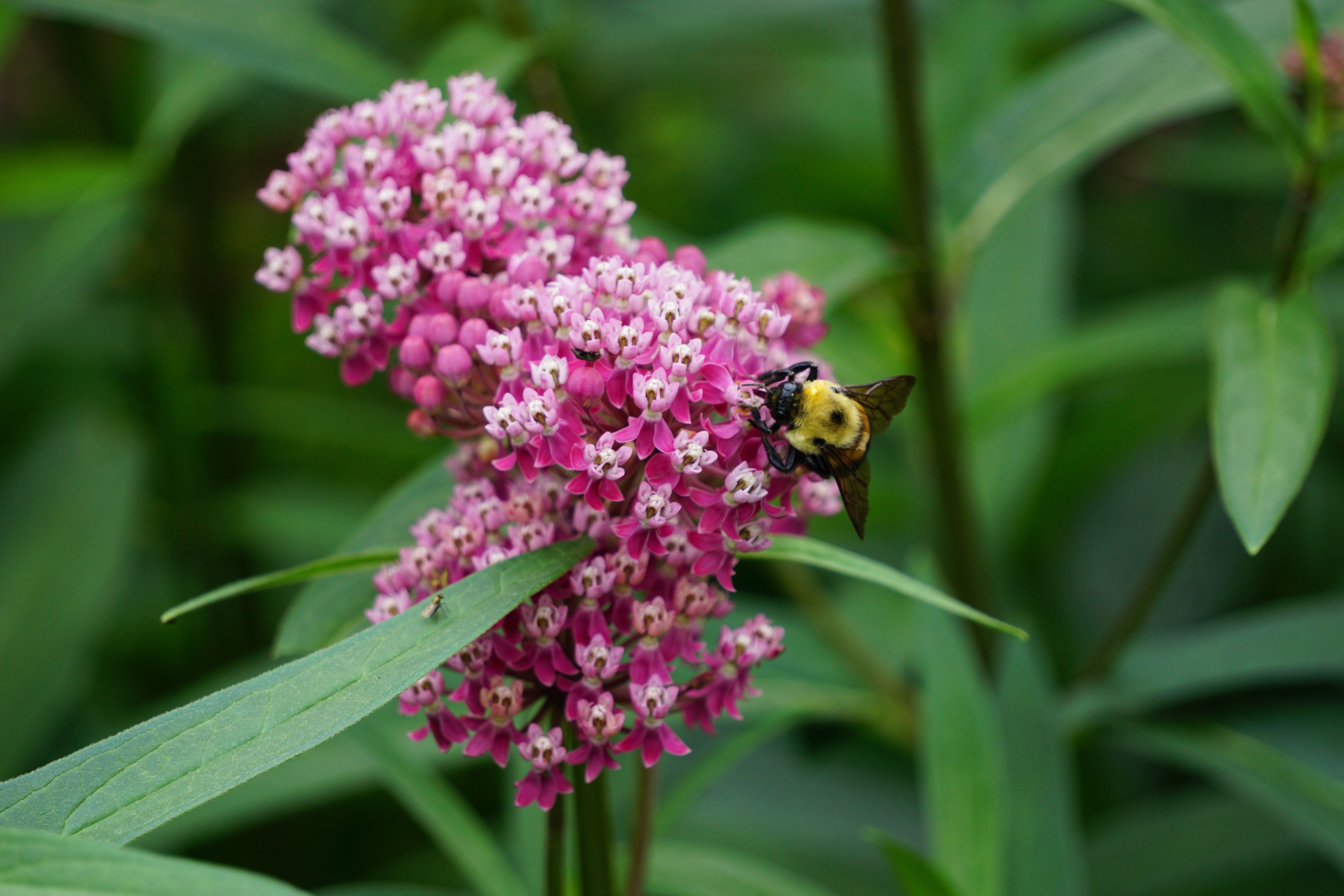 It is well documented that pollinators are facing a catastrophic decline in numbers. Over 40% of insect pollinators (bees, beetles, moths, butterflies) face the threat of extinction. “Audubon and our 17,000 members and supporters see the restriction of harmful pesticides as a top legislative priority because pollinators play an essential role in our ecosystem and its resiliency, including our agriculture and daily food supply chain, said Priscilla De La Cruz, Audubon Senior Director of Government Affairs. “We must take this first critical step to reduce the overuse of neonic pesticides to birds, pollinators, pets, and people.”

Neonics affect the central nervous system of insects, resulting in paralysis and death. Studies show that neonic residues accumulate in pollen and nectar of treated plants and pose a risk to pollinators. These insecticides also contaminate waterways and are highly toxic to aquatic organisms. Neonics are found in hundreds of residential garden products, including insect sprays, seed treatments, soil drenches, and more. As a result of their pervasive use, there is concern that they play a role in the steep decline of pollinator populations.

Speaking at the event, Audubon Director of Avian Research Dr. Charles Clarkson brought focus to the danger of neonicotinoids on ecosystems and the impacts that scientists are seeing on other species as well as targeted insects. “Neonicotinoids have been implicated as a key factor in the decline of pollinating bee species, they are responsible for delayed migration in certain species of birds, and they are known to infiltrate aquatic habitats where their impacts are still unclear,” said Clarkson. “The evidence that these chemicals impact our ecosystems in adverse and potentially devastating ways is building.” This summer Audubon will begin monitoring birds from across the state for the presence of neonicotinoid insecticides to better understand how pervasive these chemicals are.

“The overwhelming evidence that neonicotinoids harm pollinators and the environment makes restricting these dangerous pesticides the best option for our state,” said Margaret E. Curran, Senior Attorney at Conservation Law Foundation RI.  “States, particularly in New England, are increasingly placing limits on neonicotinoids in order to protect residents and the environment.”

The City of Providence has been working to eliminate the use of pesticides in public parks and announced the Pesticide Free PVD Campaign on Earth Day 2021. "Providence is taking steps towards a chemical-free future, from leading by example in City parks to educating residents through the Pesticide Free PVD campaign," explained speaker Emily Koo, Director of the Office of Sustainability for the City of Providence. "But this work can only go so far, and the City does not have the ability to restrict and limit exposure to harmful pesticides such as neonicotinoids. We urge members of the General Assembly to take action for the health of our communities and ecosystems."

The environmental groups sponsoring this event have worked for several years on issues relating to pollinator health and habitat and are pleased to see progress and leadership at the statehouse. “Good legislation is a team sport. The work we’ve done on this bill is a great example of how we need to work together to advocate and protect our environment,” said Representative Rebecca Kislak (D - District 4). “This year, with everyone’s hard work, we can protect our pollinators by making sure that only trained users handle dangerous pesticides like neonicotinoids.”

Rhode Island College (RIC) Sustainability Director Jim Murphy spoke about the threats that bees face, the Bee Education Center, and pesticide-free campus at RIC. “This legislation offers the education and training necessary for farmers and landscapers to be the true stewards of the environment they endeavor to be.”

The event closed with a breakfast reception for legislators, advocates, and others in attendance. “We were so pleased that so many Rhode Islanders showed up to support programs and policies to protect our pollinators,” said Sue AnderBois, The Nature Conservancy Climate & Energy Manager. “The legislation sponsored by Representative Kislak and Senator Miller would go a long way toward protecting people and pollinators.”

How can Rhode Islanders help pollinators?

Simple choices can make a difference for these beneficial insects and the environment we all depend on.