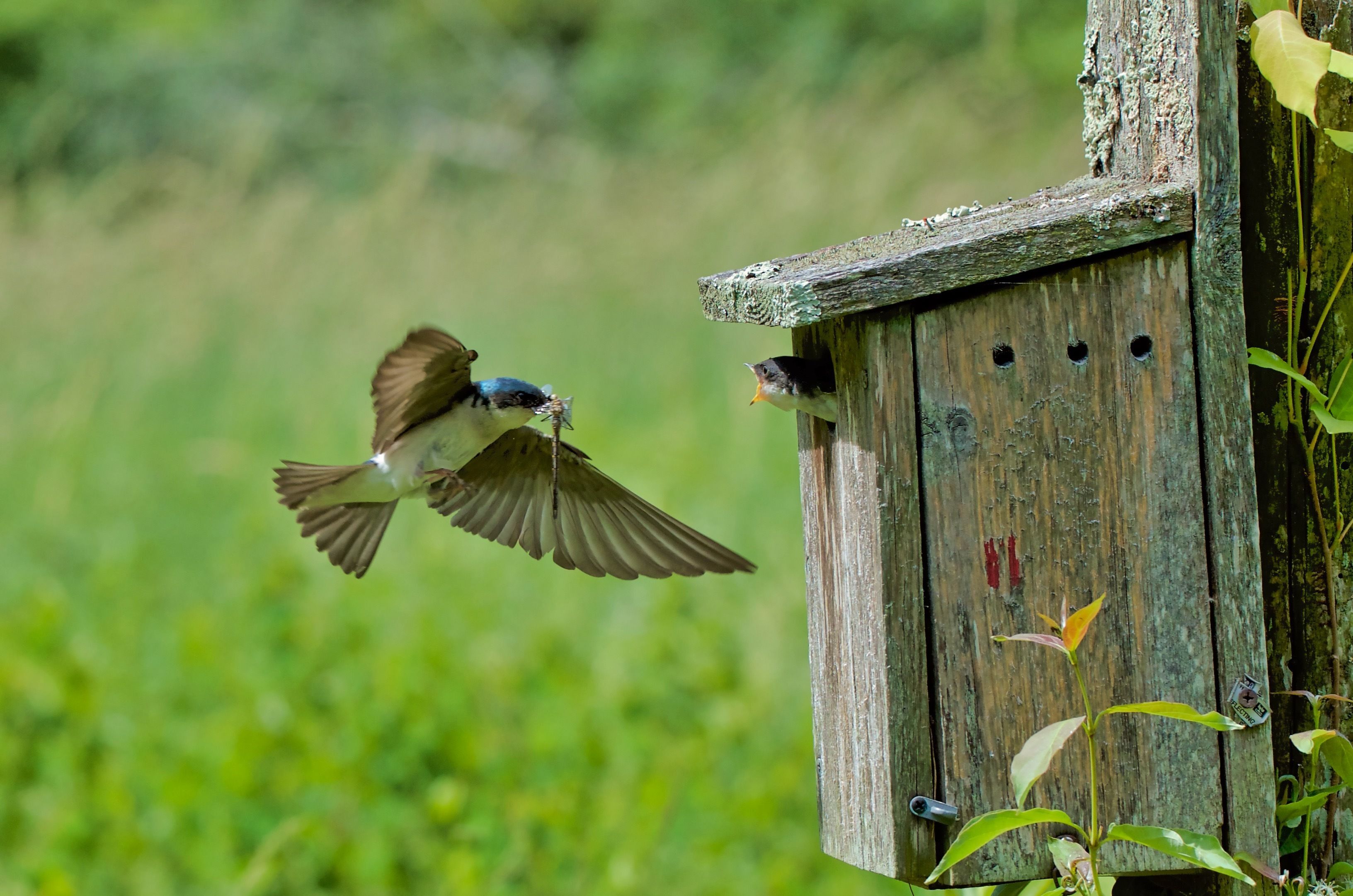 Grassland Management for Birds and Wildlife

Historically, large fields or prairies were a common feature in midwestern North America, where dry soils, fire and large grazing mammals maintained the habitat. In comparison, large fields and pastures found in New England were created by European settlers over the past several hundred years. In fact, few, if any fields in New England are natural. Stone walls and old barn foundations are signs of the land formerly grazed by cows and sheep or set aside as hayfields. Indigenous tribes were less likely to clear large swaths of land.

Over the centuries, grassland birds took advantage of these open spaces to nest and feed on the seeds, fruits and insects found in these fields. At wildlife refuges across Rhode Island, Audubon manages hundreds of acres of open fields to preserve this valuable habitat. Without proper management, most of these breaks in the forested landscape would revert to shrub thickets and eventually forest in the process of field succession.

The bird community in these grassland habitats has changed over the past fifty years. Meadowlarks were once common field birds in Rhode Island but have drastically declined. Upland Sandpipers have been gone from Rhode Island for many years. Grasshopper Sparrows, more rare grassland specialists, prefer large fields. Eastern Bluebirds, Tree Swallows, Bobolinks, Red-tailed Hawks, American Kestrels, Woodcocks and Wild Turkeys are common inhabitants of Rhode Island grasslands. Nationwide, grassland birds have been declining largely because of habitat loss and alteration. This is one reason that Audubon is committed to restoring and protecting the habitat and the species relying on it.

The grasses and flowering plants feed countless insects which also attract insect-eating birds. What may look like a common field is a complex web of interactions as grasslands also support other native animals of New England. Milk snakes and black racers hunt for mammals such as meadow voles, jumping mice, and shrews while smooth green snakes seek smaller prey. Box turtles feed on summer strawberries and bask in the sun.