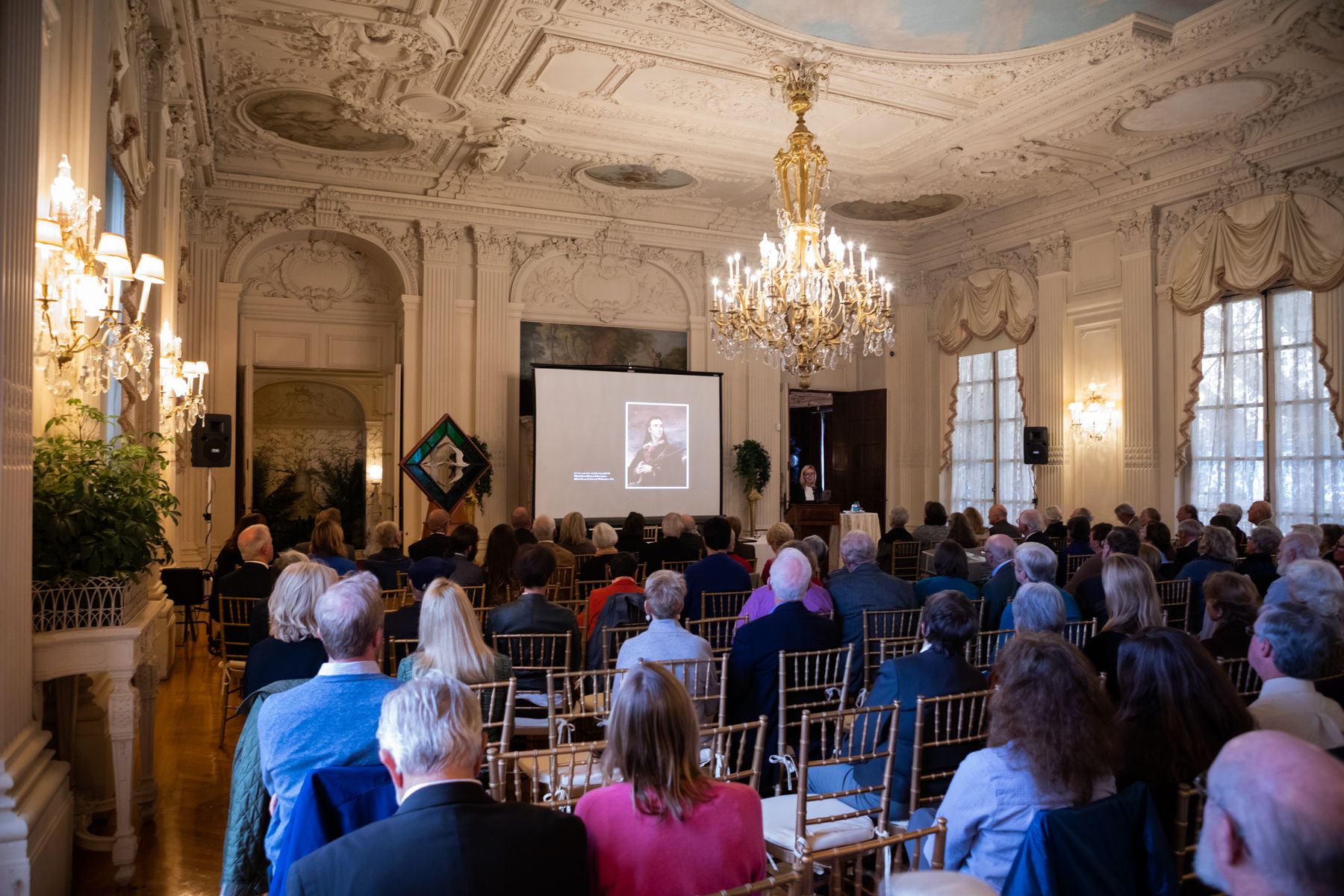 Highlights from the 122nd Annual Meeting

The Audubon Society of Rhode Island’s Annual Meeting was held on Sunday, October 20, 2019 at Rosecliff Mansion in Newport Rhode Island. Audubon’s annual awards for Educator, Legislator and Volunteer of the Year were presented as well as the selection of officers and new members for the 2019-2020 Board of Directors and Council of Advisors.

Ashley Householder, Associate Curator for Exhibitions at The Preservation Society of Newport County, gave a keynote speech on their current exhibition, John James Audubon: Obsession Untamed. Audubon supporters were able to enjoy an exclusive look at the exhibit, which is on display until November 3rd, 2019. The meeting venue was provided by an anonymous donor.

The $7.7 million raised is the organization’s largest fundraising effort to date and has nearly doubled the size of Audubon’s endowment.

The Invincible Audubon campaign, originally conceived at the end of the 2008-2009 recession, was undertaken to provide financial stability to the conservation organization, regardless of the national or state economic climate. The campaign was officially launched in October 2016.

Endowment funds support Audubon Society of Rhode Island’s statewide advocacy program, focusing on protecting wildlife and its habitat, and the stewardship of nearly 10,000 acres of permanently protected land. The funds also support the organization’s growing environmental education programs that connect children to nature through high quality, hands-on science programming in classrooms, on wildlife refuges and at the Audubon Nature Center and Aquarium in Bristol.

Cynthia Warren, Audubon’s outgoing president, praised the effort of everyone in attendance at the Annual Meeting. “You are nature’s true superheroes,” she told the gathered Audubon members and supporters. “Your support of the Invincible Audubon campaign has made Audubon a stronger, more resilient organization, ready to take on the myriad of environmental challenges that we, as a community and a state, will face in the coming years.”

Lawrence Taft, Audubon’s Executive Director said, “I am truly humbled as well as heartened by the generosity of Audubon’s donors who stepped up to and gave generously this fundraising challenge. This will give Audubon a stable source of income to help us continue our work of protecting birds and wildlife through conservation, education and advocacy.”

Honored at the Audubon Society of Rhode Island's Annual Meeting on October 20, 2019.

Newly Elected Board of Directors

Named to the board of directors of the Audubon Society of Rhode Island's Annual Meeting on October 20, 2019.