Introducing The Audubon Eagle Eye Advocacy Update! These monthly updates will provide you with simple actions you can take to help foster a cleaner, healthier planet along with local and national environmental news. Advocacy to protect birds and wildlife is a top Audubon priority and this work goes beyond testifying on their behalf on Smith Hill. Year round, we are working with our community partners and Rhode Island leaders to ensure the environment is a priority. These updates will keep you informed and ready to take action when the legislative session is upon us. As the newsletter continues, we are very interested in your suggestions and questions. Please send them to Audubon Senior Director of Policy Meg Kerr at mkerr@asri.org.

Sign up to get the Audubon Eagle Eye Advocacy Update in your inbox!

Action  You Can Take This Month 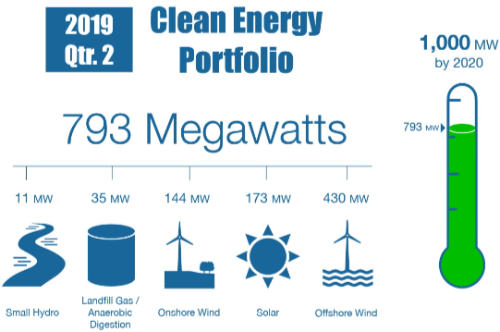 The projects that are counted toward the goal include a wide variety of sizes and locations, of the following technologies:

Projects may be proposed, under development, or even under construction without being counted toward the goal. A clean energy project is only counted when one of the following events has occurred:

In May, the U.S. Fish and Wildlife Service proposed downlisting the American Burying Beetle from endangered to threatened under the Endangered Species Act. The Beetle is the Rhode Island state insect, designated by the General Assembly in 2015 after a campaign led by third-graders from St. Michael’s Country Day School in Newport.

While humans may take their cozy homes for granted when winter sets in, the strategies that wildlife have developed to cope with the plunging temperatures, biting wind and lack of food are as creative and innovative as they are necessary.

In this Issue: A Few Sustainability Tips to Kick off the New Year, Beach; Clean Water and Green Bond goes to the voters on March 2 - Please Vote YES!; The Great Backyard Bee Count; Climate Change Legislation at the 2021 Rhode Island General Assembly. sign up to receive the Eagle Eye in your email inbox.