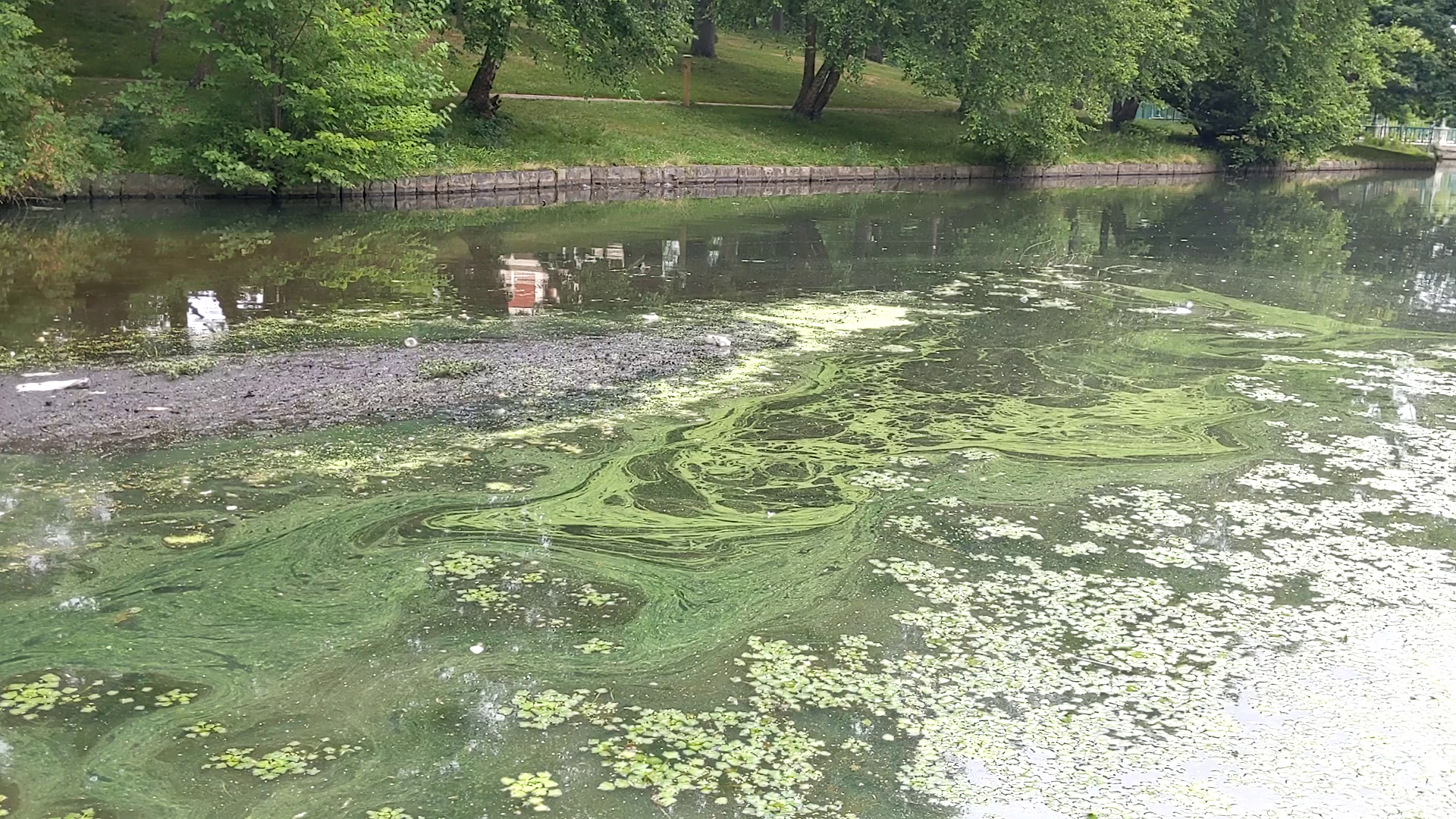 through the Providence Stormwater Innovation Center

While the word ‘urban’ may bring to mind skyscrapers and crowded streets, our cities also contain parks and natural areas that often include bodies of water like those in Roger Williams Park. In large cities much of the natural soil, grasses and plants have been replaced with concrete, asphalt and rooftops. When it rains, the water cannot soak into these hard surfaces, and instead flows into gutters and storm drains. Urban natural environments face unique hazards and are often impaired due to excessive levels of contaminants from stormwater, such as bacteria, oil, litter, fertilizer and pet waste. These in turn provide an easy food source for algae, which can take over a water body and reduce the oxygen that is necessary for the survival of plants, fish and other species.

Stormwater not only brings contaminants from roads and rooftops, but it also dumps dirt, sand and silt into waterways. These also contribute to urban pollution as they slowly fill ponds and streams. Shallow ponds heat up much quicker than deep ones, and in turn, the higher temperatures promote more algae growth.

This is where green stormwater infrastructure can help. It is specifically designed to divert stormwater out of the gutter and into a system that uses the natural filtering capabilities of soils and plants to improve water quality. There are now over 40 green stormwater structures in Roger Williams Park.

How do they work?

Look for more information in upcoming issues of the Report or visit www.stormwaterinnovation.org. If you’re interested in taking a tour, please contact Ryan Kopp at rkopp@asri.org.

Joining with concerned environmental and scientific organizations across the country, the Audubon Society of Rhode Island recommends the cessation of bird feeding at this time. If homeowners are unable or unwilling to stop feeding birds, efforts should be made to clean feeders regularly to reduce transmission risk. Should you encounter any wild birds that appear sick, please discontinue feeding immediately. Dead and dying wild birds should be reported to the RI Department of Environmental Management, Division of Fish and Wildlife of by calling 401-789-0281. Click to read more.

The job of being a bird is arguably harder now than at any point in their long evolution and each and every one of us has the power to make a difference in the lives of birds - every day.