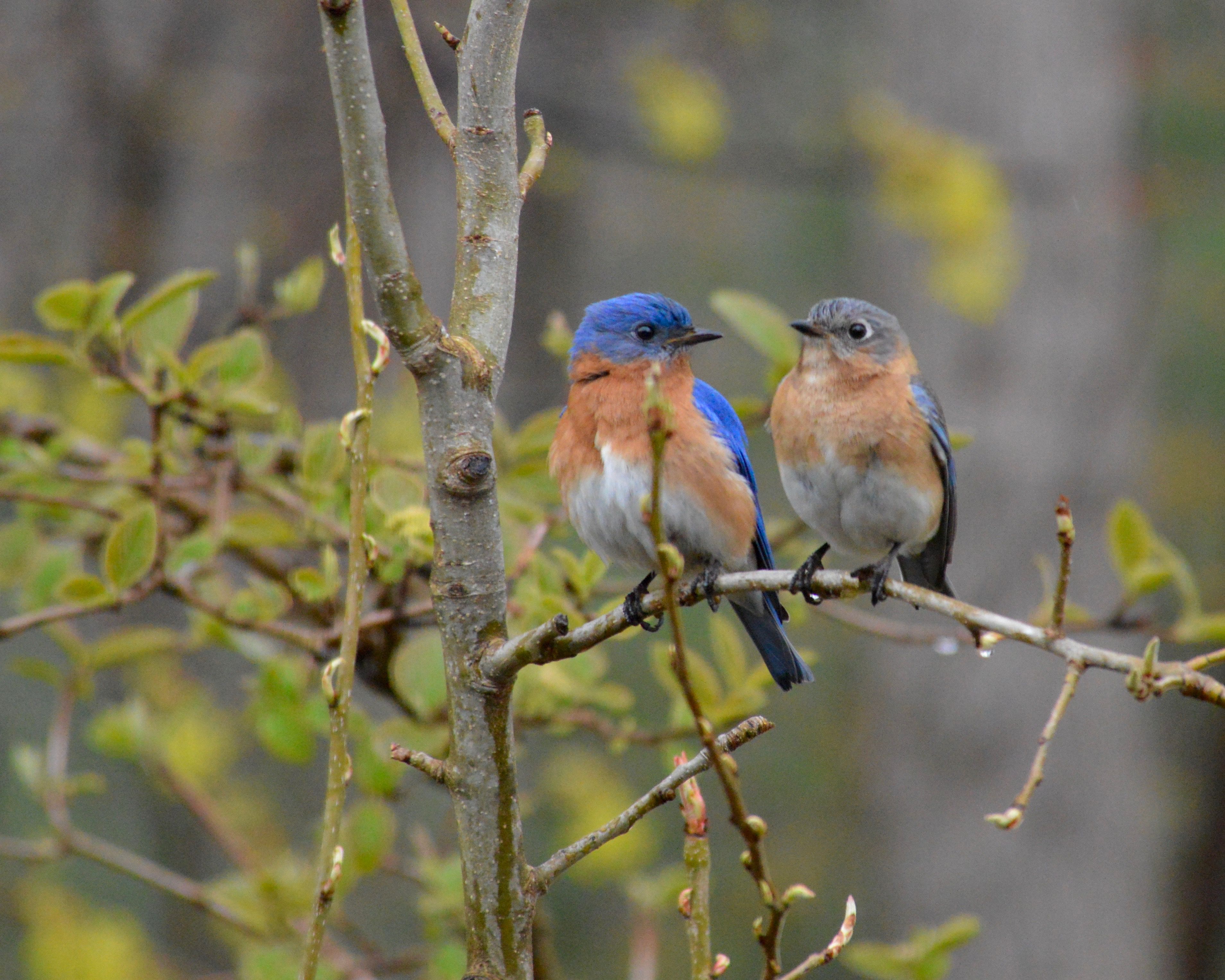 Where have all the birds gone?

Nature is an amazing thing. Every part of it - animal, vegetable and mineral fits into its unique place. Instincts long-hardened into the brain become active when day length changes, when temperatures dip or when moisture dries up. Survival skills and inbred behaviors ensure that individuals survive the changes of the seasons.

There are two nature-based reasons behind decreased bird sightings.

Seasonal Breeding Behavior: During the spring and summer, birds are focused on breeding. They come out to find a mate. They come out to find nesting material. They come out to forage endlessly for all those mouths to feed. They are constantly taking risks by coming out in the open and exposing themselves to predators to get these things done. Once breeding is over for the season, they have some time before the winter comes to 'lay low' a bit, staying out of the view of predators and keeping out of the open areas. This behavior is normal and comes with the season.

Nutritional Needs: Many people are disappointed to learn the birdseed they lovingly put out for their feathered friends is not the birds' first choice. Studies have shown that the seed you put out, even in the cold of winter, is only a percentage of the birds' complete diet (up to only 25%). Bird feeding is a human hobby for human enjoyment. The birds take advantage of it, but do not require it (and will not starve if you go away on vacation, so don't worry). In late summer and early fall, the forests and fields are simply burgeoning with trees and shrubs that are full of ripe fruit, berries, seed pods, fat insects and other fresh, highly nutritious and easily obtainable food. The birds are foraging in these trees, thickets and meadows, in search of these treats. Whether a bird will migrate or will stay around and have to survive the cold of winter, this fall harvest helps them build up the necessary fat and muscle for the winter ahead. They take advantage of the food sources while they can. It will be soon enough that the winter will come and they will once again have to work harder to find food. You can attract birds by planting native plants and fruiting trees such as crabapple, winterberry, cedar, asters, clover, Joe-pye weed and so many more! In order to attract and maintain healthy habitat for insects , minimize the use pesticides, and keep your yard a little “messy” .

Biodiversity loss due to human activity is becoming an increasing concern and is exacerbated by climate change.

We receive reports of decreased bird sightings at all different times of the year and usually they can be attributed to the nature-based reasons above. However, recent developments in the scientific community are confirming that declining bird sighting are increasingly due to anthropogenic (human) causes.

In the fall of 2019, a report was released: over 2.9 billion birds have been lost since the ‘70s – that’s 1 in 4 birds, and it’s happening in every type of ecosystem. There are in fact many causes for the decline of birds. We are entering a period of time where many species of plants, animals and insects, even the common ones, are in trouble. Birds are "indicator species", meaning if one is to notice something is off with the bird populations, it is usually because there are greater issues in the ecosystem(s) where they reside. There’s a reason the subject of the phrase “canary in the coal mine” is a bird!

In May of 2019, the Intergovernmental Science-Policy Platform on Biodiversity and Ecosystem Services released a report on the current and future state of the globe's biodiversity. You can read it here.

From the above linked article: "To increase the policy-relevance of the Report, the assessment’s authors have ranked, for the first time at this scale and based on a thorough analysis of the available evidence, the five direct drivers of change in nature with the largest relative global impacts so far. These culprits are, in descending order: (1) changes in land and sea use; (2) direct exploitation of organisms; (3) climate change; (4) pollution and (5) invasive alien species."

And just this week, two other reports announced similar stark findings. The Living Planet Report from the World Wildlife Fund (WWF) found that in half a century, human activity has decimated global wildlife populations by an average of 68 percent. Then, the United Nations published its Global Biodiversity Outlook report, assessing the progress—or lack thereof—of the 196 countries who signed onto the Aichi Biodiversity Targets in 2010. It found that the world has collectively failed to reach a single one of the goals set.

The good news is that conservation programs work – Turkeys, Osprey and Bald Eagles are all testament to this in Rhode Island and beyond. Their species have been targets of dedicated conservation programs and their numbers are now stable or on a promising upswing. Sound policy is also very important and some of Audubon Society of Rhode Island’s main policy focuses in recent and future years will be on laws regarding pesticide use and land use (especially when it comes to large-scale solar panel siting).