What Has Eight Arms, Two Spots and is Completely Captivating?

Watch closely and you might see eight tiny arms slowly emerge from a small rock cluster. You might even catch it moving gracefully creeping along the bottom in search of food using suckers. But you will have to look carefully – it is already a master of camouflage. A California two spot octopus can change color and texture to blend perfectly with its surroundings and its blue circular spots on either side of its head trick predators into thinking those are eyes. It’s a tricky one.

The Audubon Society of Rhode Island has recently acquired this captivating species of octopus from a breeding program at the Marine Biological Laboratory (MBL) at Woods Hole, MA. As the name implies, its natural habitat is among the reefs and pilings in California’s waters, but it can also be found as far south as Panama. Although the species is not native to New England waters, the octopus will find a new home in the aquarium tanks at Audubon. Octopuses are considered the most intelligent of the invertebrates and can even learn tricks and solve problems. They can also CAUSE problems. There are stories of mischief in aquariums as they have taken apart thermometers, went missing from their tanks, and even diverted a water-recycling valve to spray on an aquarium floor throughout the night.

So the aquarists at Audubon will be keeping an eye on the newest addition to the Nature Center and Aquarium, but like everyone else, they will have to look closely. 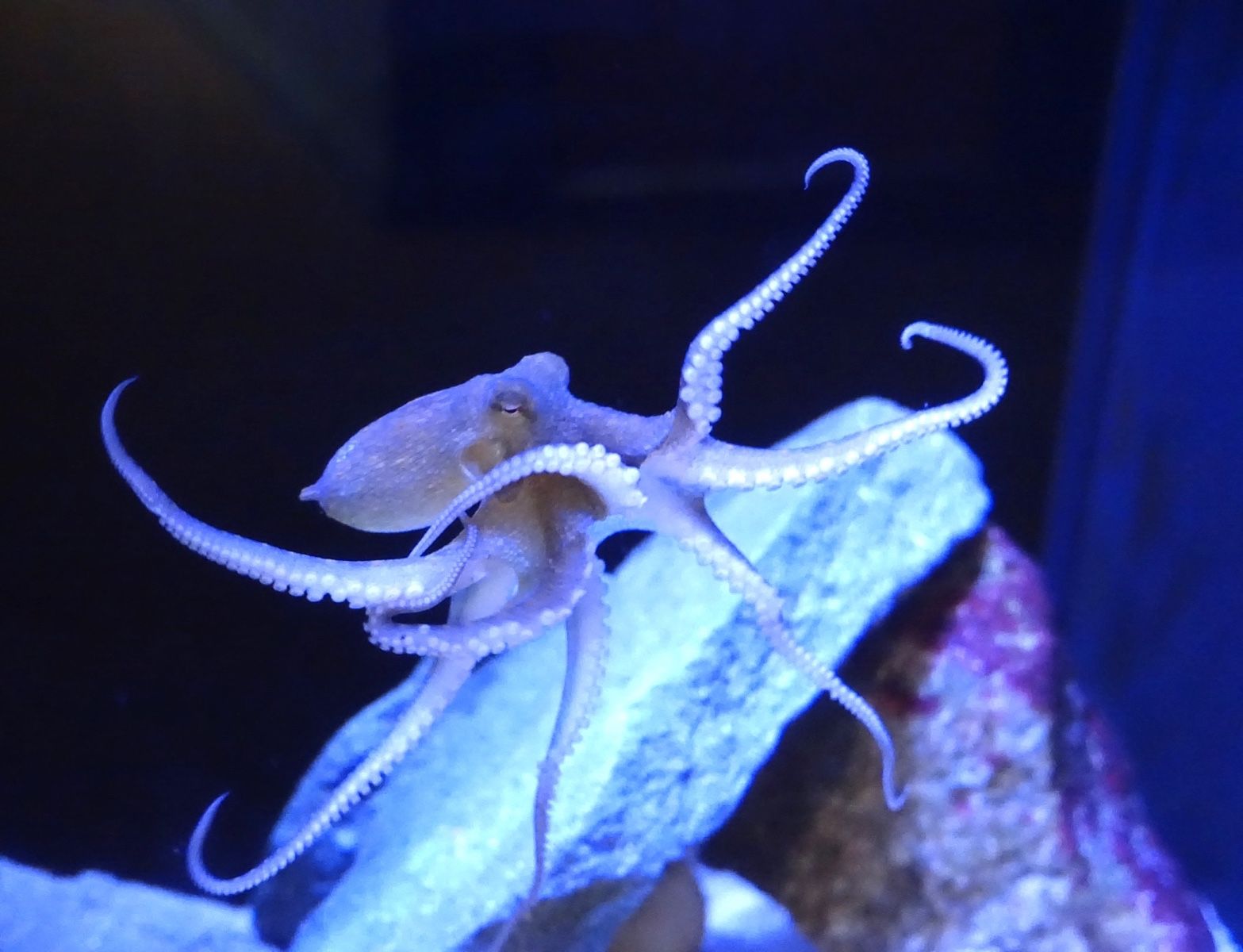 The Audubon Headquarters office will be closed on Monday, June 20th in observance of .

Rhode Island is on its way to making major updates to our pesticide regulations for the first time in more than a decade! Representative Kislak's and Senator Miller's bills (passed in the House on June 7 and Senate on June 14, respectively) will take harmful neonicotinoid pesticides out of the hands of untrained users. The legislation is on its way to the Governors desk! THANK YOU to everyone who helped us advance these bills by contacting their legislators; our partner advocates; and to the bill cosponsors.

Updates: The Search for a New Executive Director

Lawrence Taft, current Executive Director of the Audubon Society of Rhode Island, is retiring at the end of 2022 after a long career with the organization. The Audubon Board of Directors has recently contracted Development Guild DDI, based in Boston, to conduct the search for a new director in partnership with the search committee.