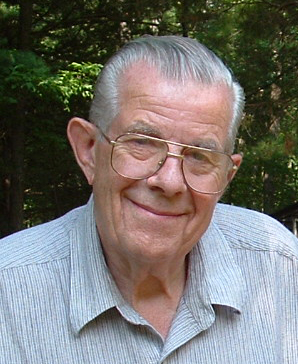 It is with deep sorrow that we inform you of the passing of Audubon's Former Executive Director Alfred L. Hawkes.

Al passed away on Thursday, March 15, 2018. He served as Audubon Society of Rhode Island Executive Director from 1958 to 1993 and guided Audubon through its most critical growth period. Hawkes was recognized as a strong, statewide leader for shaping early environmental action and consciousness in the state.

Hawkes moved Audubon from a small group of citizens concerned about birds to an organization with a strong voice at the State House and a recognized leader in environmental education and conservation. He played a prominent role in critical environmental issues including regulation of pesticides and water pollution and the crucial need for land conservation.

Under his direction, strategic meetings for the increasing environmental concerns of the 1960s were held at Audubon headquarters in Providence, including the ban of DDT that caused the steep decline of Osprey and other raptors. In the 1970s he established the Environment Council of Rhode Island as National Wildlife Federation’s state affiliate.

Hawkes was recognized both locally and nationally with numerous honors and awards including honorary doctorates from Brown University, Rhode Island College, and the University of Rhode Island.

He is also remembered for his affable, modest demeanor that served him well in his determined efforts to move environmental issues forward. Hawkes was just as comfortable sitting in the governor’s office as he was working with a group of young students in the field. He will long be remembered for shaping the modern environmental movement in Rhode Island.

A mass of Christian Burial will be held Monday, March 19, 2018 at 11:00 am in St. Joseph's Catholic Church, Danielson Pike, North Scituate. Visitation respectfully omitted. In lieu of flowers, his family has requested memorial contributions to be made to Audubon. Click here to make a donation in memory of Al.