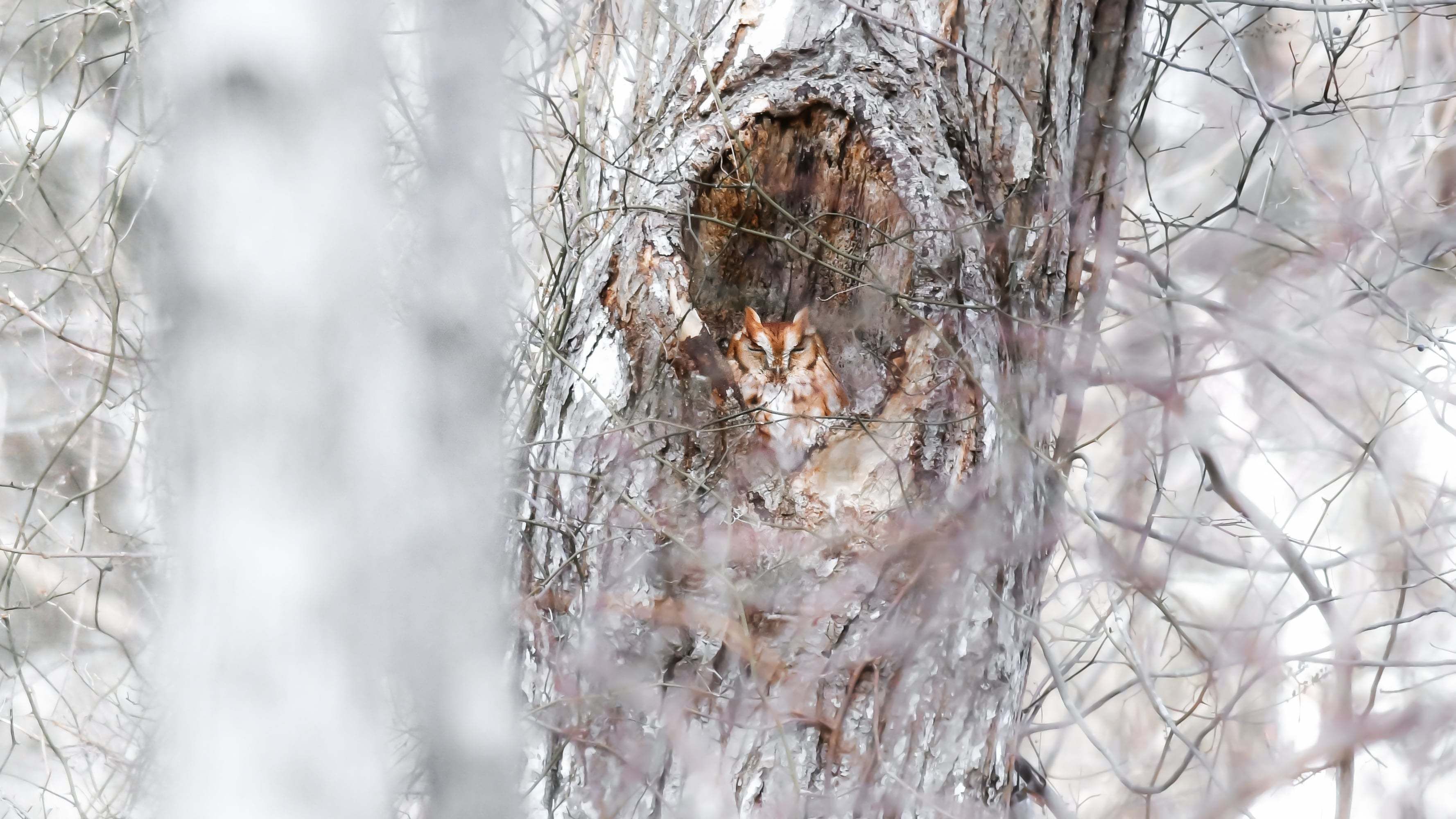 Let’s Go Birding | Whooo is Making All That Racket? Owls on the Refuge

Last night while walking my dog, I could hear a chorus of Barred Owls calling back and forth. Tonight, it sounded more like a party with three owls whooping it up. They made monkey-like sounds along with the traditional call “Who cooks for you? Who cooks for you-all?” The owls continued for over 20 minutes before they flew off, most likely in search of food. Soon those owls will be looking for mates or renewing the bonds with their life-long partners. They will be setting up territories for their nesting sites and defending them vigorously with those hoots. But in early fall we often hear Barred Owls living it up, as this year’s young are getting ready to head out on their own.

The most common reason we hear owls hooting is that they are defending territories and searching for mates. But owls make a lot of other calls and sounds. Young owlets cry and beg for food with whines and clatters. Some owls let out blood-curdling screams when they feel threatened. And often you can hear the clack of a beak if you are too close to the bird or the nest.

The three most commonly found owls in Rhode Island and our neighboring states are the Great Horned Owl, the Barred Owl and the Eastern Screech Owl. The Great Horned Owl’s song is the most recognized as it is commonly heard in our favorite TV shows and in movies. The traditional ‘hoo-h’Hoo-hoo-hoo’ can be heard in almost every habitat in Rhode Island, including cities. These owls are known for their duet call where both the male and female sing back and forth to each other. Even though the male is smaller than his female partner, his voice is deeper because of his large voice box. The smaller Eastern Screech Owl is known for its horse-like whinny song or its rattle call when it feels threatened. The Barred Owl has a wide variety of hoots and songs. They are the most vocal of the group and can even be heard singing during the day.

These three owls start setting up their territory and finding mates in late January through March. The Great Horned Owl starts the earliest and the Eastern Screech is last. Each species lays one to four eggs, although the Screech Owl can lay up to six! The female owl will sit on the eggs for approximately 30 days and the male will bring her food during this time. Once the young hatch, both parents will hunt and feed the owlets. Young owls will fledge anywhere between 26 to 42 days, depending on the species. Great Horned Owls take much longer to mature due to their size. All owlets continue to be cared for after they fledge, with parents bringing them food away from the nest. Screech owls will stay with their parents 8 to 10 weeks after fledging, while Barred Owls can stay with their families for up to 4 months.

Interested in helping these raptors? If you have Eastern Screech Owls in your area, try putting up a nesting box. Barred Owls are often attracted to hollowed out trees for nesting, so leaving these in place might offer them a home. And remember never to poison mice or other wildlife as these may end up as dinner for owls and could possibly kill the birds and their young.

Interested in learning more about the owls in our area? Please join Audubon for one of the many owl programs that we offer around the state. Happy owling!